The company Lesagro s.r.o. was established in 2002

We bought cutting part of areal from previous organization „Tatra nábytkáreň Pravenec“ in 2005, which was the most important producer of wooden bended furniture in Slovakia in 80ties.

The traffic in Pravenec at past and at present too, is in the center of rich incidence of quality wooden material – mainly leafy hard wood. Leafy forests are made in region by 73 % of whole forests.

We are trying to continue in rich tradition of processing leafy wood for furniture using in Pravenec.

The first cutting establishment in this place was started to build in spring 1942. The planner was company „Baťa a.s. Zlín“. The supplier of machines and equipments was firm „Královopolská strojírna Brno“.

The operation of saw started in the end of 1945. Mostly processed was the beech log.

The cutting of log was gradually stabilized on 40 thousand m3 p.a. by two-shift operation. 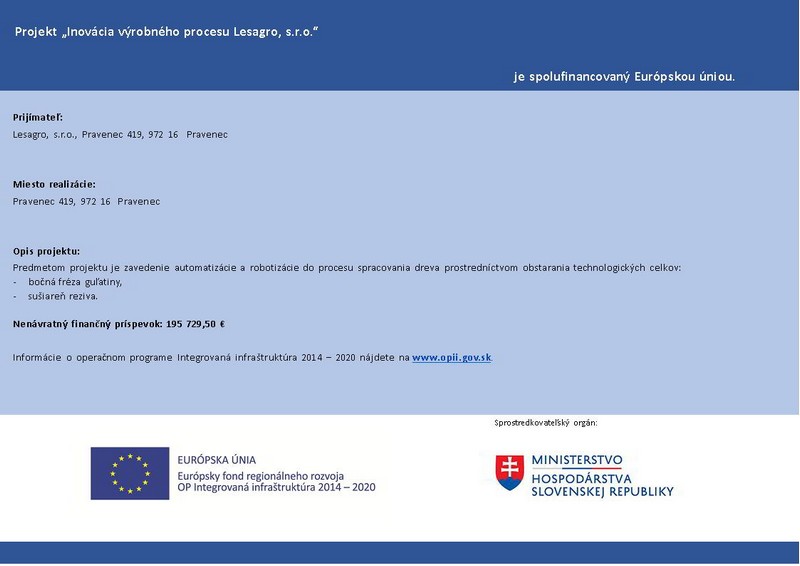